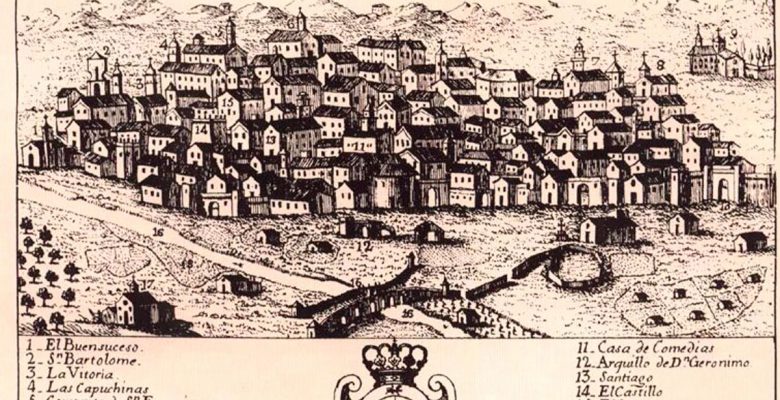 Of iberian origin and known as Isturgi under the name roman, was evangelized by St. Euphrasius, its first Bishop, who suffered martyrdom in it and now it is your pattern by the will of Pope Calixtus II.

Between the years 712 and 1224, under the influence of Arabic, receives the name of Andurájar and is fortified by Muhammad I in the year 853, finishing the wall of the almohads in the TWELFTH century. The jews also had an influence on the urbanism of the Andújar medieval. From this period are the trace urban planning of the old city, some remains of the wall and the name of any of its streets.

Conquered Al-Bayyasi in 1224 by Ferdinand III, the Saint, was losing his signs of muslim identity, fashioning a Andújar christian around the temples of Santa Marina and Santa Maria, mosques were converted into christian churches. This king must be the shield, its territorial jurisdiction and the jurisdiction that became Andujar in one of the great Councils of the Kingdom of Jaén.

In 1446, after the difficult years of the reign of John II, Andujar only benefited from obtaining the dignity of "CITY" and in 1467, Henry IV granted him the title of "very NOBLE AND VERY LOYAL" for their support and loyalty in the war that faced his brother Alfonso, at the same time that he was granted the status of city realenga, subjected directly to the royal power.

Between the SIXTEENTH and SEVENTEENTH centuries, there is a relative prosperity that makes it one of the most important cities of the province, and a remarkable population growth. The local aristocracy fixed in it its sumptuous residences, reach different religious orders and subsidizes the construction of temples and monasteries.

In 1808, Andújar was witness exceptional in the signing of the Capitulation of the French troops after the defeat of the battle of Bailen, being the scene of the vanished Palace of the Counts of Real Grace. In 1835, is selected as the seat of the Boards of Revolutionary Andaluzas.

Throughout history, Andujar has been a city that has managed to take advantage of its privileged geographical situation for the benefit of its social and economic life, featuring at present great opportunities to continue their industrial development, trade and tourism.