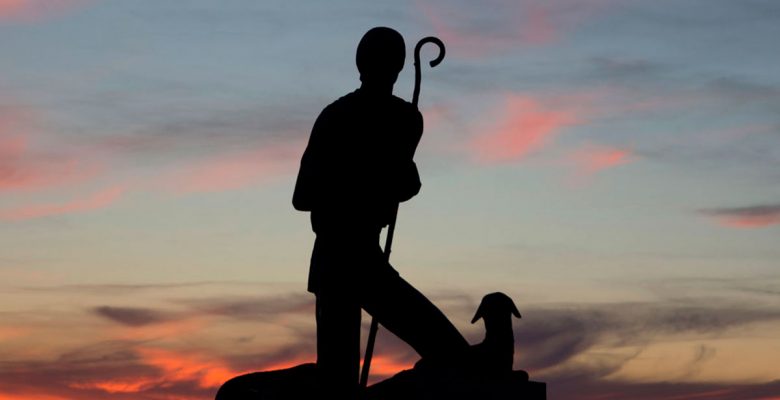 Arc of the Roads

The new arch, was built by the architect Ricardo Jorge Silva, in 1988, coinciding with the Year of Holy Mariano, who is celebrated with the procession of the Blessed. Virgin to Andújar. This new arc of grey granite, it gives access to roads leading to the Shrine, was built along the lines of the disappeared in 1936 that dated back to the late SIXTEENTH century and had been commanded to erect by the bishop of Sarmiento.

The primitive was introduced traversing the sidewalks of the Sanctuary in 1927, at the initiative of Antonio Alcalá Wenceslada, on the occasion of the celebration of the seventh centenary of the apparition of the Blessed. Virgin. In the different stages of stone appeared bas-relief in bronze by the sculptor granadino José Luis Vasallo Parodi, along with verses from other poems. After the civil war, the monumental rosary was rebuilt in 1964, preserving only the last bronze. The new rosary, appears on a structure of granite grey and pink with a bas-relief in bronze, Antonio González Orea, next to which are the sonnets that have been made, also in bronze by the sculptor Manuel Lopez.

It is a great cross of forge, which is located in the northern part of the Sanctuary, and that is the last of the crosses that form the Via Crucis is situated on the road that goes from the roads till the great torch where you placed the candles in the great celebrations and the region where it is located in the crypt of the captain Cuts.

The Provincial Council of Jaén and the City of Andújar was sent to perform the sculptor Jacinto Higueras the year 1954 the monument upon consideration of the illustrious novelist first chronicler of the Pilgrimage, leaving this work to the right of the auction of the Sanctuary.

Monument to the pastor of Colomera

This monument to the pastor Juan Alonso Rivas, was sculpted in bronze by the artist andujareño D. Antonio González Orea in the year 1974 and is located at the beginning of the stairs leading to the crypt funeral home, room and promises which sets out the votive offerings of the faithful.

In the last curve of the road that leads to the Sanctuary, is the Lady of Peace, the work of the sculptor Antonio González Orea and that it was made in 1964 and maybe the sculpture more high raised to the Virgin. Made of stone Colmenar de Oreja (Madrid), the virgin holds in her hands the laureate of San Fernando which was granted to those who were besieged in the Sanctuary in the Civil War. In its middle part, lower, in bronze, an angel holding a fallen.