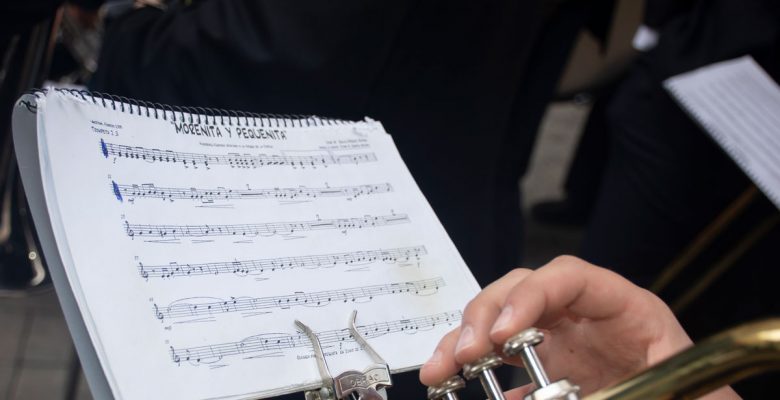 Music since centuries ago, has been a feature and a sign of identity relevant in our Pilgrimage. There are many "Scores of Pilgrimage" to the music bands and the bands of drums and horns, accompanying the Brotherhoods, interpreted for many of the events that are held in Andújar and the Sanctuary. Special mention deserves the famous Lady and little girl", which, with the time has come to become an official anthem on a Pilgrimage.

Are also numerous the Choirs Pilgrims that have arisen in many Confraternities of the Blessed. Virgin of the Head and of the numerous Rocks Marian, who have managed to make the music the best form of prayer through sevillanas, rumbas and salves that reflect the feeling that Ntra. Lady, wake up between his devotees. Many of these choirs current, and groups that emerged years ago, have recorded their good work in a varied, discofradía dedicated to our Excelsa Holder.

Poetryalso, has left a record of the faith and devotion that many poets have felt and continue to feel towards our Patron and, thus, has survived in many sonnets that can be read along the way that goes from Andújar to the Sanctuary, as the well-known"stone that speaks" with a few verses of Joseph Prado Palace, in the words of Alfredo Ybarra that stain of the baroque and the monument to the Pilgrim erected in the place known as the balcony, in the middle or the sonnets of Pablo Utrera located in a ceramic mural in the chapel of San Gines.

However, it is in the Sanctuary, where you can see the largest number of verses as those which can be read on the different mysteries of the Rosary Monumental and appearing in a few bronzes made by the artist iliturgitano Manolo Lopez and which were composed by various poets

However, it is in the Sanctuary, where you can read the greatest number of verses works of different poets, that have left a record of their sensitivity, for example, in the sonnets that accompany each mystery of the Rosary with monumental letters of Antonio Alcalá Venceslada, Valenzuela, Ureña, Carpio, Moreno Cortés Muñoz Sanromán, Díaz Escobar, White Belmonte, Gil, Bazabán, Ricardo Leon, Christopher de Castro, Curtain and Ory. Also in the courtyard of the appearance we can see a mural ceramic Palenciano with a few verses of Joaquin Colodrero.