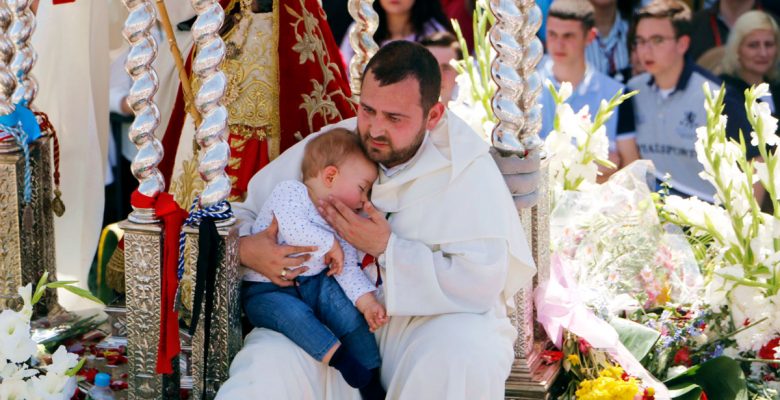 PP. Trinitarians:
When there is a general malaise in Andújar on the management of the diocesan priests were doing in the sanctuary, the bishop of Jaén, Manuel Basulto Jiménez, gave possession of the house of Ntra. Lady of the Head, the Trinitarian Order on the 1st day of April, 1930.

During the Civil War, the Trinitarians had to leave the sanctuary, where three of them victims. On the occasion of his beatification was erected a mosaic in his honour, the work of the ceramist, Francisco Holes Sanz, blessed in 2008 by the Bishop of Jaén, Ramón del Hoyo López.

At the initiative of father Arturo Curiel of San José, is edited from 1956 to 1963, the magazine Herald of the Sanctuary, monthly publication covering the topic of history, current affairs, religious, etc., As told by its founder, “the Herald was the Preacher of the Sanctuary and of his beloved Lady in the Head.”

Years later, the P. José Antonio Ramírez, rector in the decade of the seventies, she released “Queen of the Sierra Morena”, and in December 2000, was born the first number of the bulletin “Aires de Sierra Morena, on the initiative of P. Domingo Conesa.