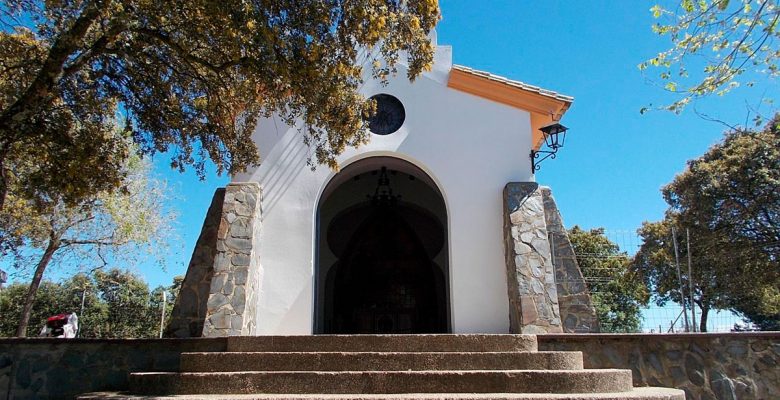 After the appearance of the Stma. Virgin in the Sierra Morena, the Image was moved to Andújar in the EIGHTEENTH century it was the border with the muslims, which made it difficult to be able to build a temple on the hill, just as had been requested by the Stma. A virgin, so the Image was moved, in a first moment, to the hermitage of San Amanciolocated in a place close to the city, in the path leading to the hill and then to the shrine of San Ginés where you probably began to be held the first pilgrimages. According to the tradition, the Image mysteriously disappeared from these places to return to be found on the hill where it appeared.

Chapel of the Rosary

The former chapel of the Rosary was built by Alonso de Rojas Toboso, a priest of natural Bujalance, under licence of the bishop of Jaén D. Sancho Dávila, granted may 5, 1612. In this license describes that, moved by his devotion and for the better service of God our Lord wants and intends to build, at its expense, a hermitage on the Hill of Ntra. Mrs of the Head and on it an altar in order to be able to say mass and to celebrate divine offices in the chapel.

Some months after, on the 11th of July, 1612, D. Alonso, makes donation to the Sanctuary of the chapel that had a picture of Ntra. Lady of the Rosary which he used to take to the Shrine in his party and in the day of the Candelaria. Likewise, D. Alonso used to retreat in Lent and Advent, to do penance at the shrine finally, and given the lack of presence of hermits at that site, and finished the cult that they tributaban to Ntra. Mrs, it was determined gradually the hermitage until its demise at the end of the TWENTIETH century.